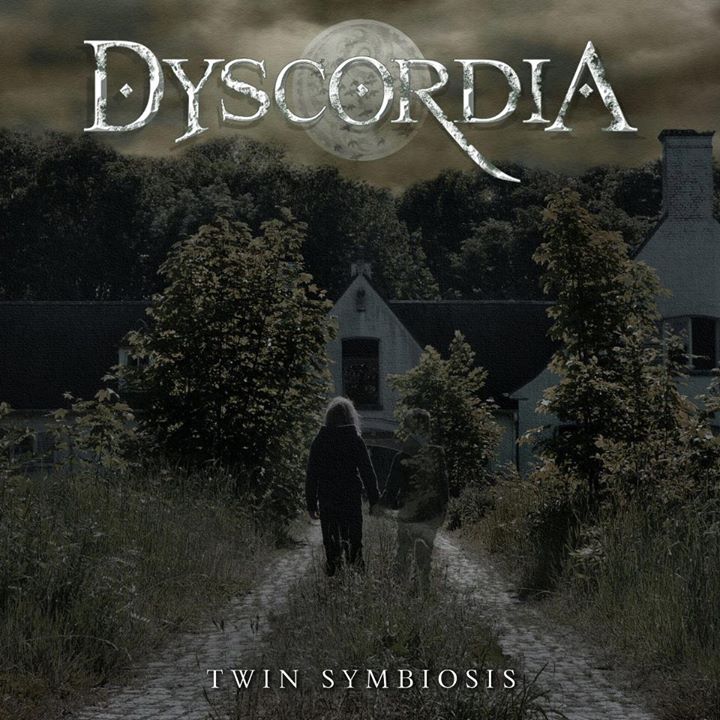 "Dyscordia" a newborn in the progressive/melodic world from Belgium.
They're 6 members, the lead vocalist Piet Overstijns, Stefan Sergers, Martijn Debonnet & Guy Commeece in the guitars, Wouter Nottebaert in the bass-guitar and last but not least Wouter Debonnet in the drums and that's not all, Stefan, Wouter.N and Martijn Debonnet participate in the vocals too, since the band have a very special kind!

After their first EP released in 2010 they're back with their first full album "Twin Symbiosis" that contains eleven songs.
The first things that attracted me to this album are the name and the cover.
The name is needless to explain, we can just see its depth in the artwork cover! These mysterious colors and the picture of the guy who's walking with a soul make you want to open the CD and start listening forthwith.

The album starts with an intro called "Dreamcatcher tree" that contains suave notes which send you to the dreams land and it ends with a haunting atmosphere.
Directly after it, we start tasting the progressive and melodic Metal once "The empty room" begins!
After enjoying the awesome riffs, melodies, solos and all these emotions of the 4 first songs, we start feeling the presence of heavy and power metal without overriding the progressive and melodic side of course, especially in "The loser's game", "Twin Symbiosis" which represents the concept of the album and "Locked within". The last song "My devotion", in my opinion is the best one to end this album! It ends with notes that connect with the intro. That will probably makes you want to replay it again!

This album is very peculiar it might satisfy Progressive, melodic, Heavy and power metal fans. As they have used the Growl/grunt and the clean voice and a noticeable background voice that gives a "horror" touch to the themes...
There's a story behind every song and the lyrics fit well with music and melodies and there's a connection between the songs .
It combines between the joy and sorrow, optimism and pessimism and we feel that from the sound of the drums, the depth of the riffs, the melody of the intros and the epic solos.
It's an atmospheric album full of emotions; it’s a very big mysterious river.


This is their first album, I'm sure that Dyscordia still have so much to give and so much power to expel.

Check out the band here .